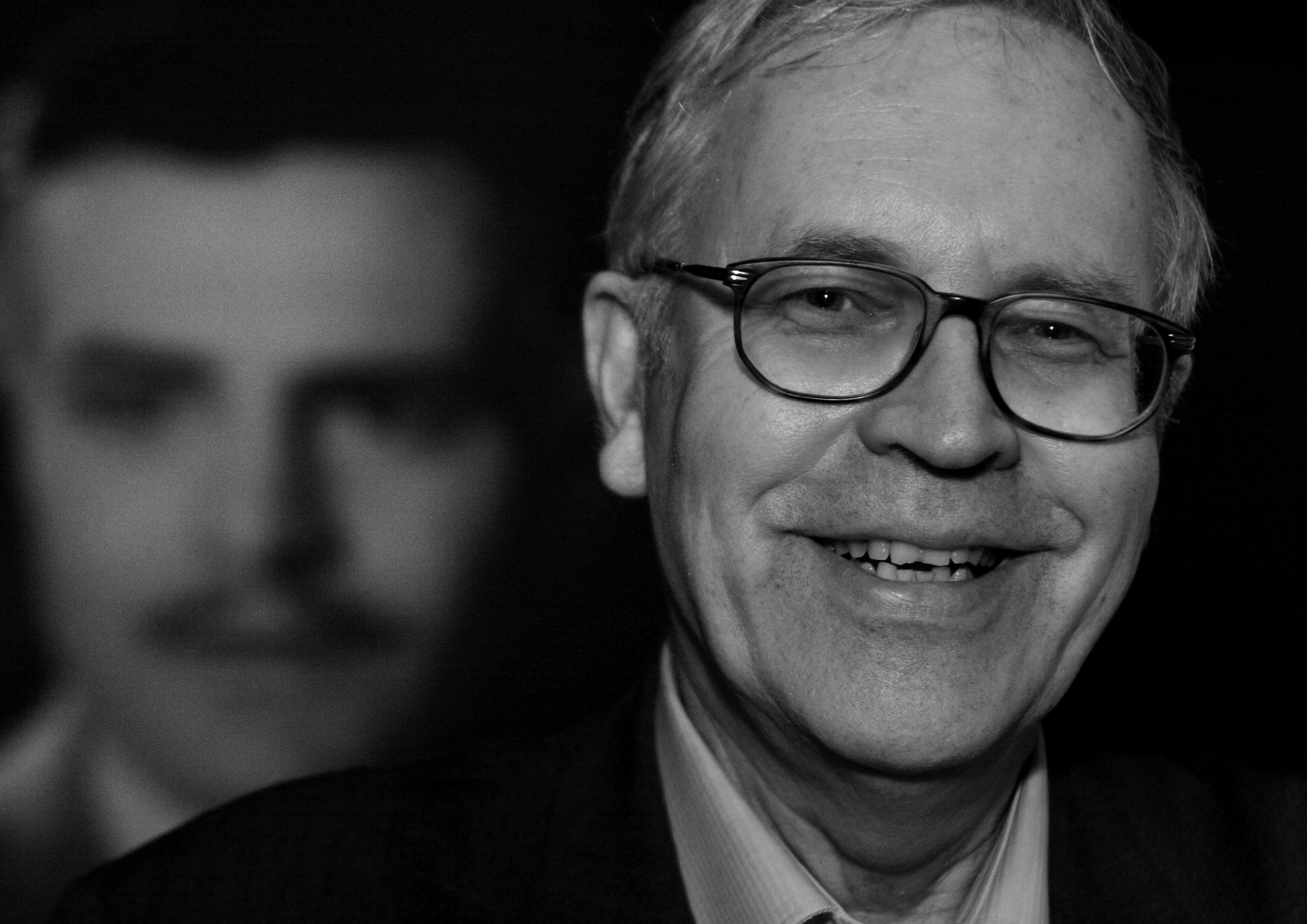 Due to the upcoming Midnight Sun Film Festival, we are re-publishing Kai Huotari’s obituary for Peter von Bagh. The writing was originally published at www.docpoint.info on September 26th, 2014. Link to the original article.

Monday brought us sad news: Peter von Bagh, Petteri as we knew him, had passed away on Wednesday September 17th 2014. A great, perhaps the greatest film lover was gone.

Petteri’s passing has touched many, and his life’s work has been looked back on extensively in both traditional as well as social media this passing week. Many of those reminiscences have emphasized Petteri’s books and his work as a critic. Thus, I would like to take a moment to highlight Petteri’s work as a filmmaker, for which DocPoint awarded him in 2005 with the Aho & Soldan Lifetime Achievement Award.

As a filmmaker, Petteri was first and foremost a master of compilation films. In his films, everything was based on montage. Petteri combined boldly archive material, documentary and fictive, sound and picture, radio material and music with his own footage without unnecessary explanations, leaving room for the viewers’ own interpretations. Archive materials, interviews made during the shooting of the films combined with the viewer’s actuality created levels of time, which Petteri as a director was able to control with an inexplicable intuition. Almost without exception, his movies were windows to the past. Through popular culture, they unveiled pains and turning points of our nation and shed light on the worlds of prominent figures and beloved artists of our history. Memories and subjective and collective reconstruction of the past are identifiable themes in almost all of Petteri’s films – something that tied him as a filmmaker to another master, Petteri’s personal friend Chris Marker.

Petteri often said that to be universal, one has to be local enough. Petteri’s own films were superb examples of this. Even though they had been made for the Finnish audience out of the Finnish reality, the interest and thanks that they received abroad during the past years showed how universal Petteri’s themes truly were. Interestingly enough, his films became more and more personal towards the end of his career. It might be fair to say that his best works were in fact created during the very last of his years.

Petteri is gone, but fortunately his films draw us memories not only of Finland, but also of Petteri as a person.

Kai Huotari
Board Member
Executive Director of DocPoint in 2003-2006